-quote from The View From Taiwan http://michaelturton.blogspot.com/2009/09/dalai-lamaze-breathe-deeply-and-relax.html -

Hahaha. While everyone else is reporting all sorts of complexities about the Dalai Lama's visit, AFP is there to reassure us that China is really really really gonna do it this time -- omigawd it could delay ECFA! Everybody panic! Hard to imagine how much more delay can occur, since Ma already said it is DOA until after the December elections -- and this on a project which we heard last year was absolutely imperative and must be done ASAP to "save" Taiwan's economy.

As Reuters notes, China has canceled minor exchanges and events...although the China Daily, reporting on the "cancellations", quoted a spokesman for China Southern Airlines as saying that no celebrations were planned in the first place, since budgets were tight and cross-strait flights were now routine.

Next we hear from TIME: glib, uninformed, shallow, lecturing -- it's everything you'd expect in a TIME viewpoint on the Dalai Lama's visit. Clearly here is a writer headed for bigger and better things in the Establishment media. The TIME writer says that the fact that exchanges go on through disagreement shows that relations are good. But last week, the Economist told us that relations worsened under the DPP even though exchanges went on through the disagreements. I get so confused...

In addition to the high popularity of the Dalai Lama's visit, one unfolding story has been the "protests" linked to Chinese nationalist gangs on both sides of the Taiwan Strait. J Michael Cole blogged yesterday on it, and it was all over the news today. Taiwan News described....

Most of the protests were conducted by the pro-China Labor Party or the pro-Beijing "Alliance for the Promotion of Chinese Unification," which has been linked to former United Bamboo Gang chief Chang Pai-leh. The latter group was involved in a violent scuffle at the Taoyuan High Speed Railway Station Sunday evening.

Chang An-lo, formerly a gang leader and dubbed "White Wolf," later said that he was behind the demonstration.

"We will follow the Dalai Lama wherever he goes in Taiwan," Chang told the TVBS cable television network.

This brings me to another point, which is our media double standard. Lest anyone has forgotten, for Beijing, "being provoked" is a policy choice, not a visceral reaction. Commentators have given China points for not crapping on Ma Ying-jeou, instead restricting its bloviating to hacking on the DPP. But you can see how the wind would have blown: had China rapped Ma's knuckles, the DPP and the DL would have taken the blame for "provoking". Either the DPP provokes China (poor China, so sorely tried!), or China "shows restraint" and keeps relations warm. No matter what happens, China always wins.

Speaking of poor China, so put upon by pacifists and democracy advocates, for those of you who have always wondered, there is an answer to how many times China's feelings have been hurt since 1949, as Asia Sentinel reports:

Fang plugged into an online archive of People's Daily at Peking U that dates back to the founding in 1948 and began typing the Chinese characters for "hurt feelings" into the search data base.

The result has become his master's thesis for which he has graphed the number of times the Chinese people's feelings been officially "hurt" and what countries have done it the most.

Who Have dropped by...

Where Have I Been... 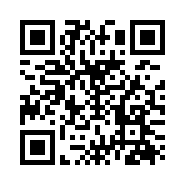